The 100th anniversary commemoration of the 1916 Rising led by RTE was the biggest historical and cultural event ever staged in Ireland. The centre of Dublin was transformed to allow people to reimagine life in Ireland 100 years ago. There was a huge variety of exhibitions, talks, walking tours, live musical and theatrical performances. These took place in four historically significant zones around the city.

The four zones were:

CSS Signs were brought in by the organisers to supply all the information and directional signage for this event.

The information signs highlighted the iconic buildings of central Dublin, such as St Michans Church, and Freemasons Hall. Others were used to showcase some of the oldest businesses in Dublin. Among them were The Waldorf Barbershop in Westmoreland Street and Mannings Bakery in Thomas Street. Another was the famous Louis Copeland men’s tailors and clothes shop. They were trading in Capel Street before The Rising and are still there today.

Because of the multitude of simultaneous events and varied locations most of the signs were directional, formed in the shape of finger post signs.

The font and graphic design used for the signs aimed to give a look and feel of the city 100 years ago. In all over 400 signs were printed and delivered in the days leading up to Easter Monday 2016. 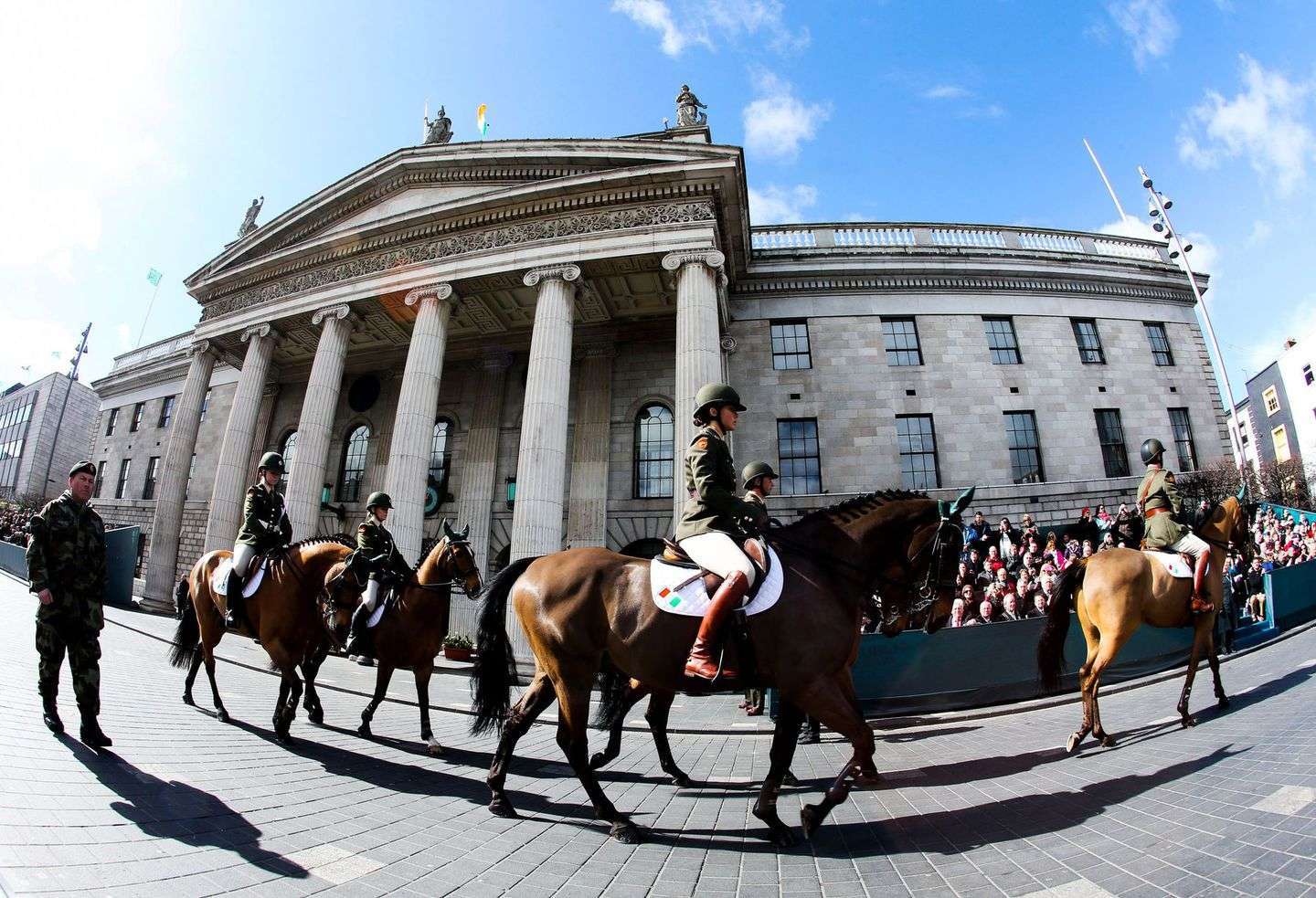