Dublin Web Summit Limited is an Irish company headquartered in Dartry Road in Dublin 6 which has, in a few short years, grown into the largest technology conference in the world. The main conference is now hosted in Lisbon, with the last Dublin Web Summit held in the RDS in 2015. Over 42,000 people from 134 countries attended that event over three days. Among many influential speakers were Michael Dell, the founder of Dell Computers, and Ed Catmull, the president of Pixar and Walt Disney Animation Studios.

CSS Signs was delighted to partner with the Web Summit to supply exhibition stand signage boards for the last Web Summit held in Dublin. 2,200 tech companies hired stands in the exhibitor area, most for one day only. For CSS, this meant we switched around 750 signs each night while the tech start-ups were out networking.

There was so much more to this job than printing and installing signs. It was a massive data management job. We were responsible for matching up the logo with the stand number and exhibitor details, printing the signs, proofing, indexing and collating them based on location, and installing them. This meant a crash course on the software package the Web Summit was using and a real head for detail. All this in the shortest possible time – the six-week lead time we were promised turned into ten days. Working through the night, our tag-teams installed the signs, made last minute adjustments and ensured every exhibitor had his or her sign with their logo and stand number by the time the doors opened on each of the three days.

We even designed the containers which would transport the signs in an indexed way from our factory floor to the RDS. 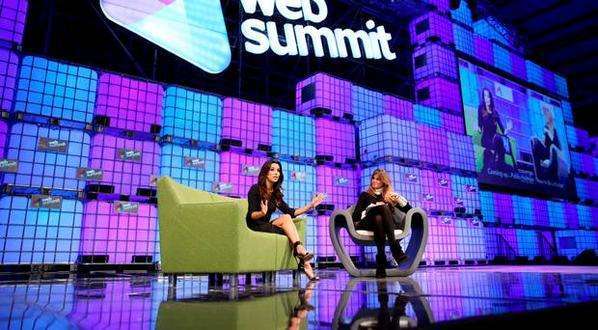